Coimbatore : Major cities in the region like Coimbatore, Tirupur and Ooty wore a deserted look on Sunday, the first of the lock downs, announced by the Government to prevent the spread of Coronavirus infection.

Almost all the shops and commercial establishments had downed their shutters responding to the call by the government.

There was no no movement of vehicles on the road, wearing a deserted look all along the city, amidst deployment of over 3,000 police personnel to monitor the situation.

A few who attempted to come out to the streets were nabbed and warned and sent by the police in some parts.

The district collector, K Rajamani inspected some of the 27 containment zones in and around the city

He also visited a special camp at Rice Mill Road in Kuniyamuthur, where the residents were standing in the queue to test for the infection.

In nearby Tirupur, all the shops and commercial establishments were closed following the lock down.

More than 6,000 knitwear manufacturing units were also downed their shutters, resulting in a production loss of Rs.100 crore despite being Sunday.

No vehicle movement was witnessed in the city.

Meanwhile, Ooty also wore a deserted look and the people chose to remain inside their homes. You Can’t Be A Good Leader Without Bei... Need To Back Consistent Performers Going...

COUNCIL FOR THE INDIAN SCHOOL CERTIFICAT... 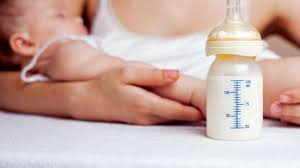 Nehru Institute of Engineering and Techn...