Shares of state-owned Oil and Natural Gas Corporation Limited (ONGC) rallied over 6 per cent in otherwise weak market on Friday, hitting its biggest single intraday gain since October 11, after the company reported higher-than-expected earnings in the December quarter on the back of higher revenue from offshore operations.

The oil and gas production major on Thursday posted a 64.77 per cent growth in its net profit at Rs 8,262.70 crore for the quarter ended December 31, 2018, as compared to Rs 5,014.67 crore reported for the corresponding period in the previous fiscal.

In a similar trend, shares of the oil marketing company were trading at Rs 134.70, up 1.93 per cent, on the National Stock Exchange.

The company’s board has also approved an interim dividend of Rs 5.25 per equity share of Rs 5. The record date for determining eligibility of shareholders for payment of interim dividend has decided to be March 1, 2019, whereas the dividend will be paid on March 6, 2019.

Besides, the board also approved a proposal for buyback of its equity shares. The company intends to buyback 25.29 crore equity shares at the price of Rs 159 per equity share, but not exceeding Rs 4,022 crore. The process of buyback is likely to be completed in February 2019.

Last week, the government proposed to offer special incentive in addition to the incentive already provided to difficult fields of ONGC, a move which is likely to help in increasing natural gas production in the country. 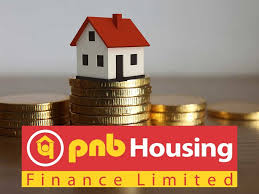