Coconut palm is one of those remarkable resources in the world and coir is one of the innumerable products of the coconut palm, which is a by-product of the coconut industry. More than 30 countries spread over the tropical belt in the regions of Asia, East Africa and America grow coconut. But the economic utilization of coconut husk, which otherwise is a waste material, is made only in Asian Countries that too on a significant commercial scale in India and Sri Lanka. Coir like any other hard fibre may be relatively unimportant in terms of value of international trade when compared to many other commodities. But it provides significant economic support to the population in certain impoverished and least developed areas of the coir producing countries. Besides India and Sri Lanka, other Asian countries where coir production is undertaken on a limited scale are Indonesia, Malaysia, Philippines, Vietnam and Thailand. India has a virtual monopoly over the industry with a share of more than 75% of the global production of coir and 80% of world trade in coir yarn and coir products. In India, the Industry has its origin and growth in the State of Kerala and has been proliferating in to other States/UTs of the country viz. Tamil Nadu, Karnataka, Andhra Pradesh, Orissa, Pondicherry, Maharashtra, West Bengal, Gujarat, Assam, Tripura, Lakshadweep, Andaman & Nicobar Islands etc. I am happy to learn that the State of Tamil Nadu has manifested significant growth in coir sector and assumed the status of supplier of coir fibre to Kerala. Being an export oriented traditional industry, Indian coir sector has achieved an all time high record of 11,63,213 MT of coir and coir products valued at Rs.3,77,898 Lakhs during 2020-21 to about 106 countries across the globe. During the year 2021-22, upto October, 2021, 728891 MT valued at Rs.258857.77 Lakhs of coir products were exported recording a growth rate of 13.6% in quantity and 30.30% in value.

The advent of globalization and opening up of more economies has offered opportunities and threats to the industry. The cascading effects of global meltdown happened in US coupled with the Euro Zone Crisis, both being the traditional market base, have posed new catastrophe for the Indian coir sector. The present scenario stressed the need for diversification of export destinations including nascent markets. An opportunity presented before the coir industry is the growing environment consciousness and the preference still exist for handmade articles in different parts of the world. As the opening up of Indian economy may extend welcome signs to the foreign cheaper substitutes, there is a need for the industry to be repositioned itself to meet the growing challenges. The industry has to become competitive in every aspect. The aim of the development strategy for coir should be to minimize and, as far as possible to reverse the consequences of loss of market to synthetic substitutes. The main strategy should be to check erosion of end product markets to regain some lost shares on account of stiff competition posed by the synthetic substitutes in the past and, where possible to expand consumption particularly in the case of nontraditional products with market potential. The short term approach should be to promote the use of coir fibre products currently on the market in competition with substitutes. Over the longer term new technologies and innovative products should be developed, especially in application where natural fibres have advantages over synthetics and where they can compete more successfully than some of those existing products which have been losing market share. The superior environmental friendliness viz-a-viz synthetics should be the element to be featured prominently in the promotion strategies. The environmental advantages of coir should be an integral component of any research undertaken to improve the characteristics of traditional products or of the search for new ones within the overall strategies.

As coir industry is interwoven itself with the social fabric of the coir producing States, we have to be extremely cautious when new production technologies are introduced. Prior to the introduction of any new technology, there is the need of educating the industry, trade and workers on the need of equipping themselves to survive in the changed scenario. At the same time, it is highly imperative to ensure that radical changes are not introduced abruptly. The social fabric may not be able to bear the brunt of the outcome. So we have to take a balanced approach towards introduction of new production techniques like mechanization. However, the recent phenomenon of drainage of labour force from the coir industry to other sectors coupled with the reluctance of younger generations to enter into coir production process justifies added technological upgradation.

In the Indian context, as in the case of other coir producing countries, more than anything else, the importance of coir industry lies in the fact that it provides employment to more than eight lakh of people in rural areas where chances of alternative avocation for engaging them is rather nil. Like in most of the rural industries, the skill base of coir industry is inherited from generation to generation. The industry is an integral part of their cultural heritage and way of life. If the industry is complemented with appropriate measures, it will be able to harness its potential in a better way and would become more competitive and self-sustainable.

The Government of India is fully aware of the problems being faced by traditional industries including coir. The Government of India had sanctioned Rs.1926.15 Lakhs for setting up 481 coir units under the PMEGP Scheme. Similarly, under the Scheme of Fund for Regeneration of Traditional Industries (SFURTI) 40 coir clusters have been sanctioned with an outlay of Rs.141.15 Cr. out of which Rs.117.05 Cr. is Government of India grant. Under the Industrial Infrastructure Upgradation Scheme (IIUS) Government of India has sanctioned Alappuzha Coir Cluster Development Project at a total outlay of Rs.56.8 crore with Government of India’s grant at 42.6 crore. The project is taking care of husk collection, fibre processing, productivity enhancement, capacity building, upgradation of technology, creation of infrastructure for common facility centre, export production of value added products and product diversification and new end uses. I am committed to take the coir industry to the nontraditional areas of the country with a view to increase the employment generation in rural India and has already started the efforts to strengthen the industry in the Konkan belt, North Eastern Region, Goa, Gujarat etc. I am sure that through the collective and concerted efforts of all of us, we can take the Indian coir industry into a Rs.1 lakh crore industry within the next five years both by boosting of exports and domestic sales and also through diversifying the market destinations.

I am also to add that the coir industry in Kerala has gathered strength with the cooperative movement and around 800 cooperative societies have been set up in the State of Kerala. The Government of India is also committed to strengthen the cooperative movement in all industrial and service sectors in India including coir. I appeal to all Governments in the coconut growing States to strengthen the cooperative movement in the coir sector which will definitely reduce the middlemen exploitation and enhance the living conditions of the working force.
Similarly, none of the States other than Kerala are not operating an exclusive division in the Government for looking after the coir industry. I am happy to note that the Government of Tamil Nadu have recently taken a decision to set up an exclusive Directorate for looking after the coir sector in the State. I also appeal to all other State Governments to set up similar exclusive divisions in the Secretariats of all coconut growing States to look after the coir sector. With the permission of all of you present here I declare that the Enterprise India National Coir Conclave including the award ceremony, Coir Conclave and National Seminar are inaugurated.

I also once again congratulate all the Coir Industry Award Winners and to continue their pursuit to excel in their performance and become role models in the coming years also. 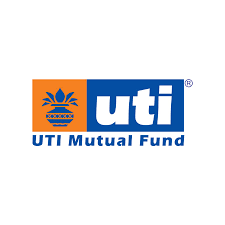