5 cops on JNU campus didn’t have permit to act: Delhi Police on SOS messages before attack

After JNU students alleged that they sent SOS alerts to Delhi Police seeking immediate help on Sunday afternoon when armed goons entered the campus, the police have said that five personnel were present near the administration block but they didn’t have authorisation to act.

In a clarification following the charges of inaction, Delhi Police has now said that five police personnel were stationed near admin block as per Delhi High Court orders, which said no protest or demonstration can happen around 100 meters of the JNU admin block.

But they didn’t have authorisation to intervene or call reinforcement when clashes happened at Periyar Hostel around 4 pm and subsequently near Sabarmati Hostel T point at 6 pm. The written consent came only after 7:45 pm, Delhi Police has said.

Screenshots of the WhatsApp alerts sent by the JNUSU President Aishe Ghosh to the Delhi Police officers reads “Sir, This is to bring to your notice that large number of students have gathered with weapons and sticks at the Administrative Block, near the statue and beating up students of the University. We request you to get these students removed immediately and take action against them”.

The screenshots show that SOS alerts sent by Aishe Ghosh were read by one of the three officers at 3:07 pm, and yet, it was not until 7:45 pm that additional forces entered the university.

Delhi Police has maintained since the day of the attack that after they entered the Jamia Millia campus on December 15 and kicked up a storm across the nation, they refrained from taking any action on another campus without written permission.

JNUSU President Aishe Ghosh has told India Today, “I made several calls to the SHO of Vasant Kunj police station, sent SOS alerts when masked miscreants were first seen at the campus. If Delhi Police wanted, they could have saved the students and teachers from getting thrashed. But unfortunately, that didn’t happen.”

On January 5, an army of masked men and women armed with iron rods and sticks stormed the JNU campus and attacked students and teachers while vandalising hostels and university property.

At least 34 students and teachers were injured in the attack while the victims blamed JNU administration and Delhi Police of being mute spectators to the violence. 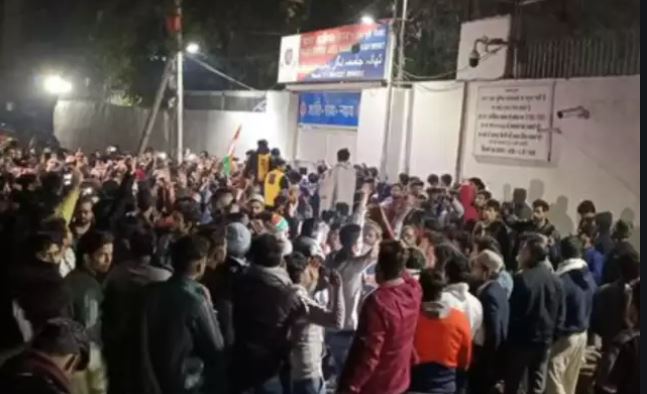